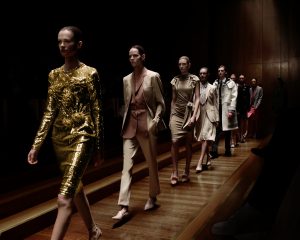 Riccardo Tisci presented his Fall/Winter 19 collection for Burberry at London Fashion Week last night. In what was the designer’s second collection for the brand, he once again took inspiration from Britain, this tie looking to the country’s culture and weather. Presented in a spectacular setting inside the Tate Modern, the collection combined the structured and the rebellious while evolving Tisci’s Burberry characters first unveiled in SS19; the girl, the boy, the lady and the gentleman. 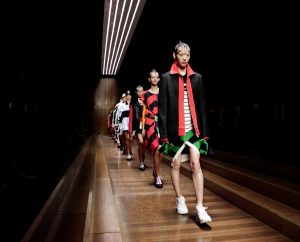 The first half of the collection had a strong streetwear vibe to it with clashing materials and prints and sporty influences, while the second part of the show took on a much more grown up and elegant personality for both men and women. Of course, the Burberry check was there, this time in its classic form, while leopard print and the classic Thomas Burberry print, as unveiled last season was seen on dresses shirts and skirts. 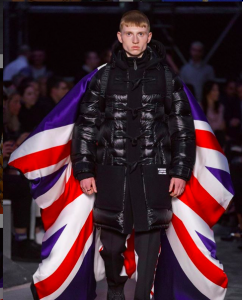 The Burberry trench stayed somewhat traditional and chic, while deconstructed versions were also made of layered materials. The colour palette was neutral with flashes of bold colours including green, orange and red. 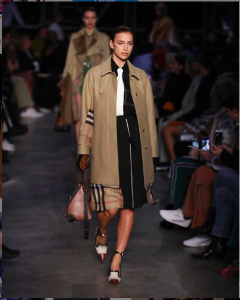 Much like the collection itself, the show environment had two very contrasting environments. One was more structured, traditional and formal with severe, angular and rigid wood seating above a dimly lit runway, while the second was more rebellious, brutalist and real. The show music took the audience on a journey from the nineties to present day – highlighting the times that were the inspiration for this collection. 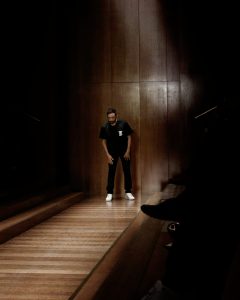