There’s been much speculation around Riccardo Tisci’s new Burberry, but no one had any doubt that it will be forward thinking, diverse and exciting. 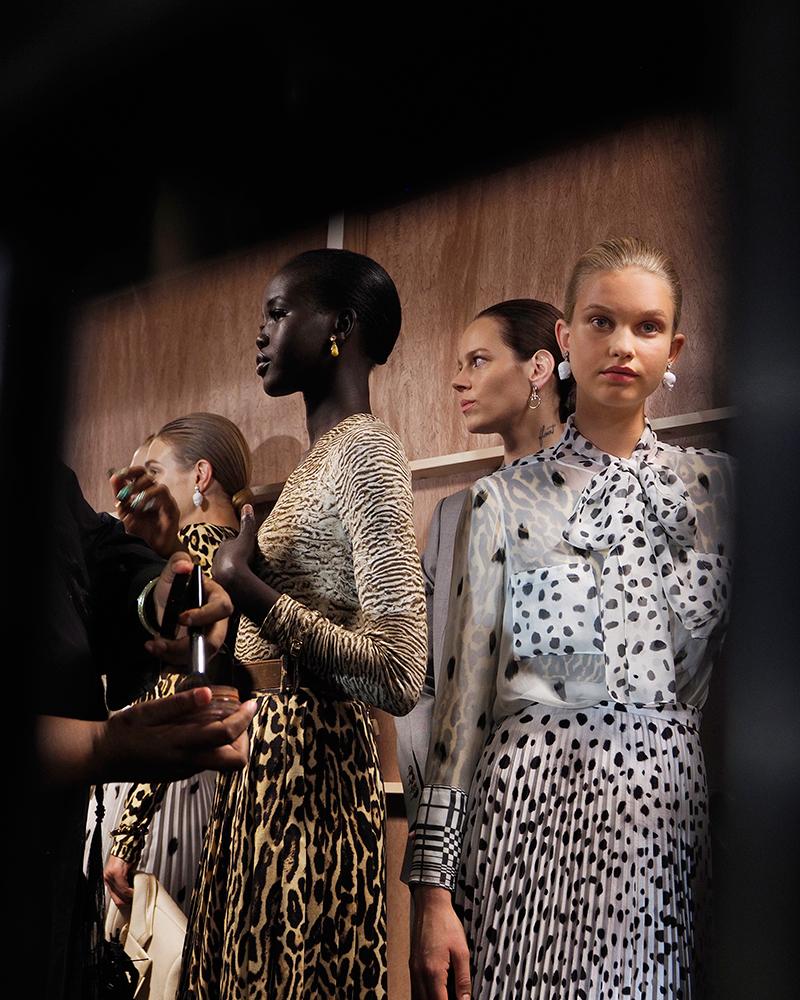 Guests were invited to the new show venue in Vauxhall, South London, which was stripped back to natural elements of concrete, wood and glass creating an urban blank canvas for his collection that paid homage to the individuality, eccentricity and inimitable attitude of Britain.

“I was thinking a lot about journeys as I started putting together my first Burberry collection. From my personal journey back to London 20 years after I showed my graduate collection here, to how far I have come. I was also inspired by how much London – the city that made me dream to become a designer – has evolved. This show is a celebration of the cultures, the traditions and the codes of this historic fashion house and of the eclecticism that makes up the beautifully diverse United Kingdom,” Tisci said in a statement. 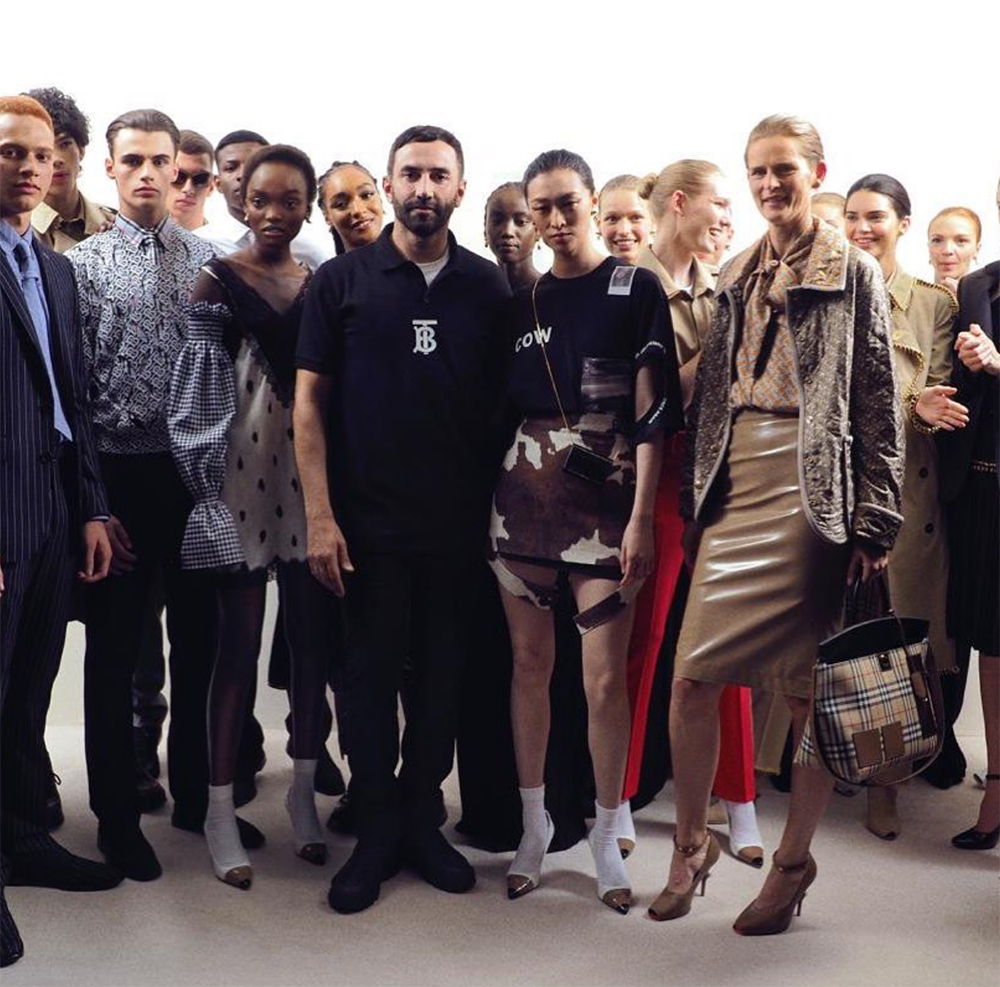 Titled ‘Kingdom’, the new vision for the house celebrates the diversity and the heart of England – the melting pot of creativity and style traditions from the punk and rebellious, to the formal and refined, all co-existing together. 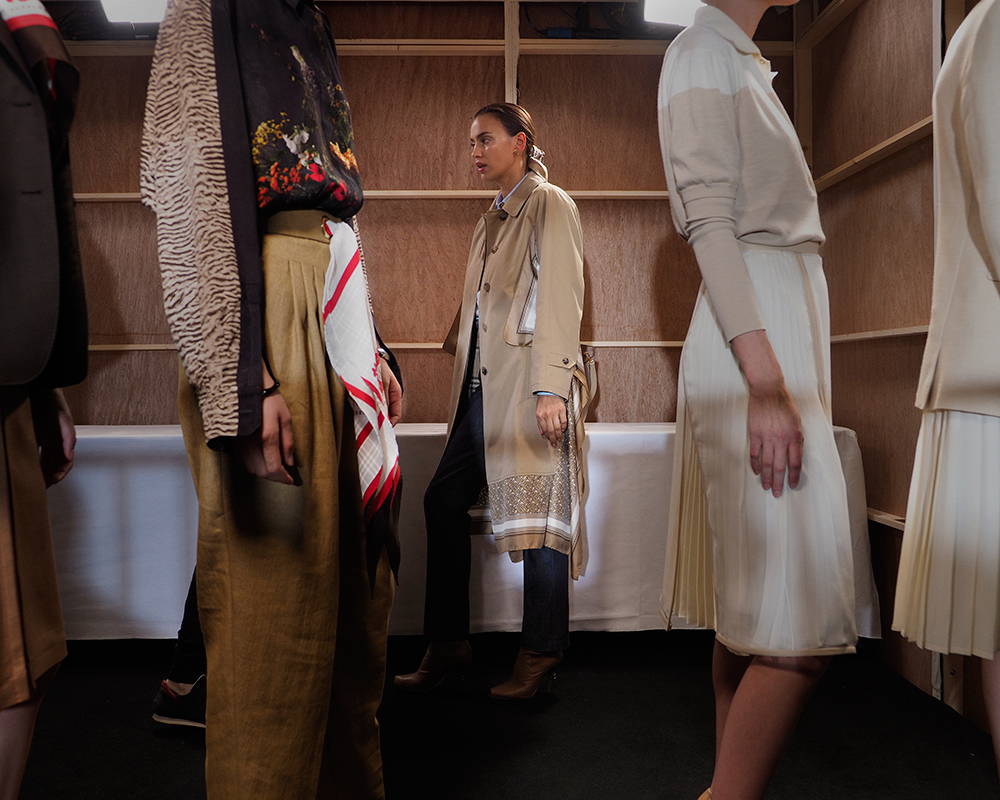 Capturing the breadth of what British culture represents today, the 134 looks modelled by the likes of Kendall Jenner and Irina Shayk defined the visual language and lexicon for Burberry through new house codes and accessories. We saw literal tributes to the ‘Kingdom’ with British Passports attached to jackets as well as the classic Burberry check peeking through the inside seam of the trousers. He even added extracts from the works of Shakespeare. 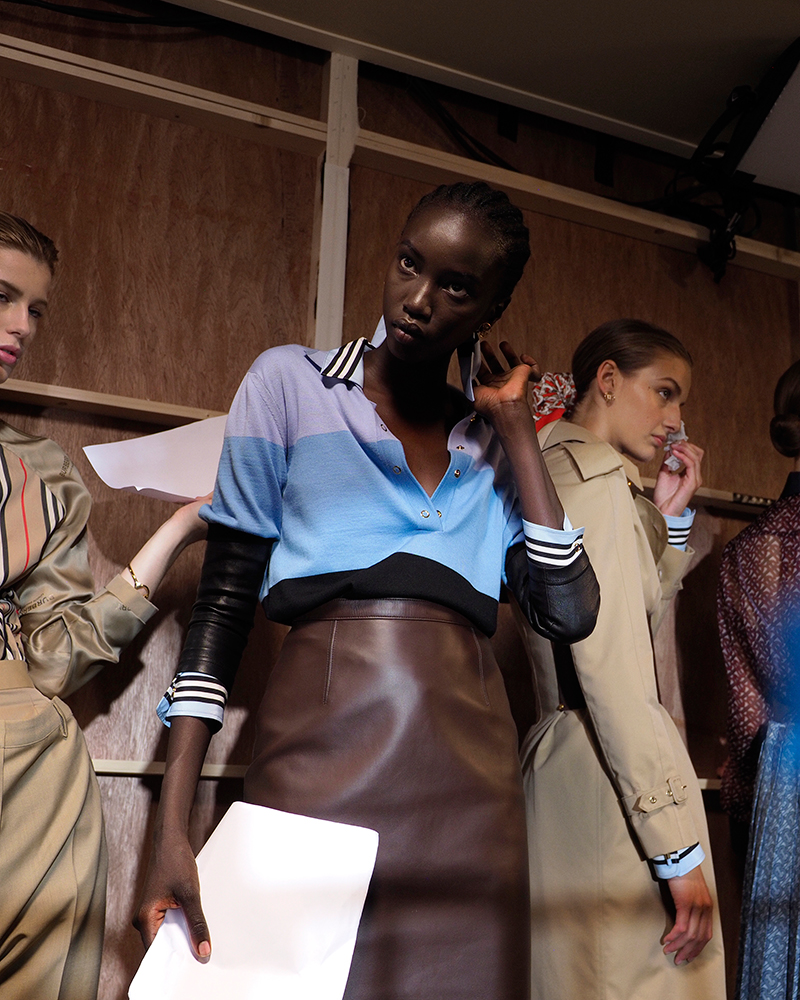 Tisci referenced to the punk era with boxy silhouettes and mini skirts, but it’s fluid pieces that felt the most wearable, especially when he worked with the beige, taupe, grey and black palette. He added playful texture, gave leather an elegant edge and sent out an array of fabulous coats.

Pieces from his debut collection for are available to buy now exclusively on Instagram, WeChat and physically at Burberry’s London flagship store, 121 Regent Street.