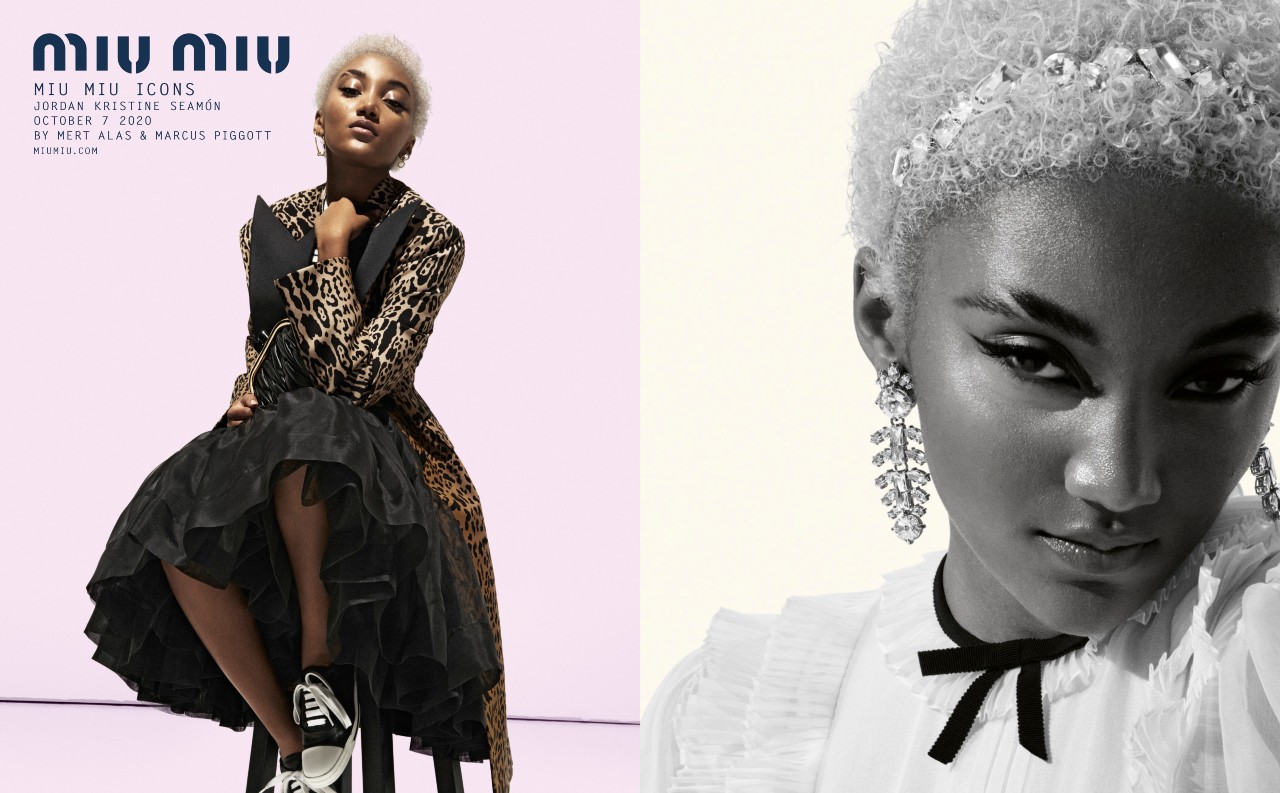 Miu Miu Icons analyses the way we define an icon today and who the icons of the brand can be.

Miu Miu’s icons are myriad women who are multi-faceted and through their persona reflect the ever-shifting idea of and ideals of fashion. Miu Miu women are a community unto themselves but their unifying trait is their individuality. 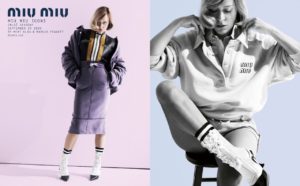 The campaign stars some of Miu Miu’s icons from the world of cinema and film. the campaign line up includes Kim Basinger, Chloë Sevigny, Du Juan and Raffey Cassidy not only as actors but as Miu Miu women – all of whom have appeared in campaigns, defining Miu Miu women of those moments.

This ensemble cast is joined by newcomers: the actor Emma Corrin, the musician and actor Jordan Kristine Seamón and Storm Reid, an actor who also opened the Fall/Winter 2020 Miu Miu show. 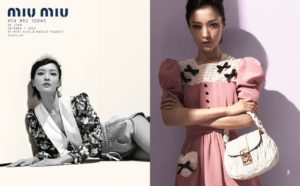 The campaign features the Pre-Spring 2021 Miu Miu collection, inspired by the paradoxes inherent in femininity, the ability and willingness of women to transform external perceptions of themselves and their own attitude through the fashion they wear.

Photographed by Mert Alas and Marcus Piggott with creative direction by Katie Grand.