How You Can Help Those Affected by the Beirut Blast

As the reality of last night’s Beirut explosion begins to set in, millions are still in disbelief of the scenes coming out of the Lebanese capital. 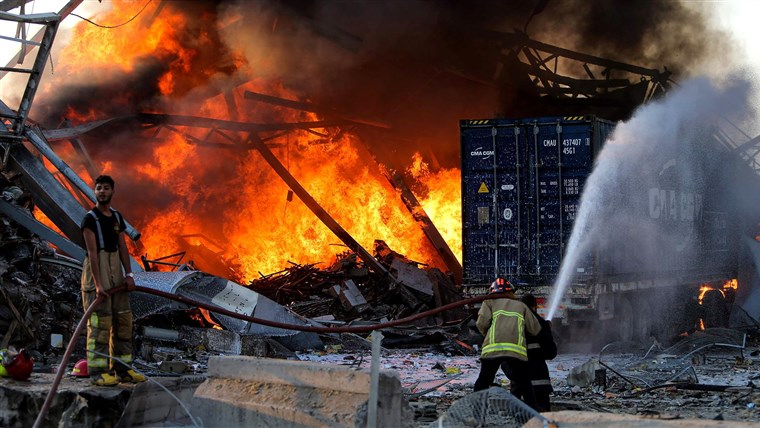 Beirut’s residents are waking up to scenes of devastation this morning and as the death toll continues to rise, it’s thought that many are still trapped amongst the rubble.

The cause of this unthinkable explosion is yet to be confirmed but it is thought to be set off by a large amount of ammonium nitrate – a chemical used in fertilisers as an explosive – that was left unsecured in a warehouse at the city’s port for six years.

Lebanese President Michel Aoun has spoken out, insisting that those responsible for the explosion will pay and he has put in place a two-week state of emergency as the disaster is investigated. 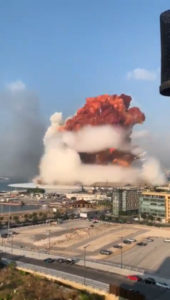 But this is a country that has been already struggling this year due to the ongoing economic crisis as well as dealing with the COVID-19 pandemic. This new blow is sure to trigger even more tragedy in the country.

Casualties from the blast are being taken to nearby hospitals but these institutions are struggling to find space for the wounded and a number of hospitals were damaged themselves in the blast. The Lebanese Red Cross has voiced concerns over a shortage of blood for the injured and the damage from the explosion means that it’s difficult for emergency services to get around the city and location those in need.

Every small gesture that this country can get right now is a blessing, so we have listed below ways in which you can get involved to help the people of Lebanon during this terrible time:

Donating to Support and Relief Funds

This latest blow will have a huge effect on the people of Beirut who were already suffering from an economic crisis. In order to feed themselves, find shelter and start to rebuild their life they will need financial support. There are a number of organisations requesting donations. Impact. Lebanon has created a Crowdfunding account to raise funds for the victims. Collaborating with various NGOs the raised funds will be distributed between various organisations. Click HERE to donate.

You can also donate through Lebanese Red Cross. Please click HERE for more 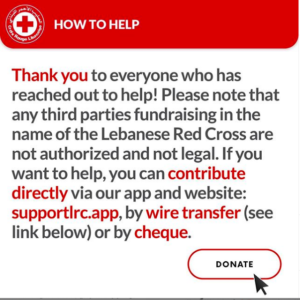 The Lebanese Red Cross is calling out for residents to donate blood from all blood types. In a post issued on their social media account, the organisation listed open blood centres, inviting residents to visit urgently. Blood transfusion centres open are: Tripoli, Jounieh, Antelias, Spears, Zahle, Saida and Nabatieh. Follow @lebaneseredcross for more.

Offer Support to those in Need

Thousands of Lebanese residents have been left without power, water, food and in many cases even a warm place to sleep. If you or someone you know is in the capital, reach out to help others. From cleaning debris to feeding children every little will help.

We will update this page as more news comes in throughout the coming days.