All You Need to Know About Queen Elizabeth’s Jubilee Parade

If you missed the live broadcast of the Queen’s Jubilee Trooping the Colour parade in London yesterday, then no need to worry, we’ve got all the details on the day’s events. 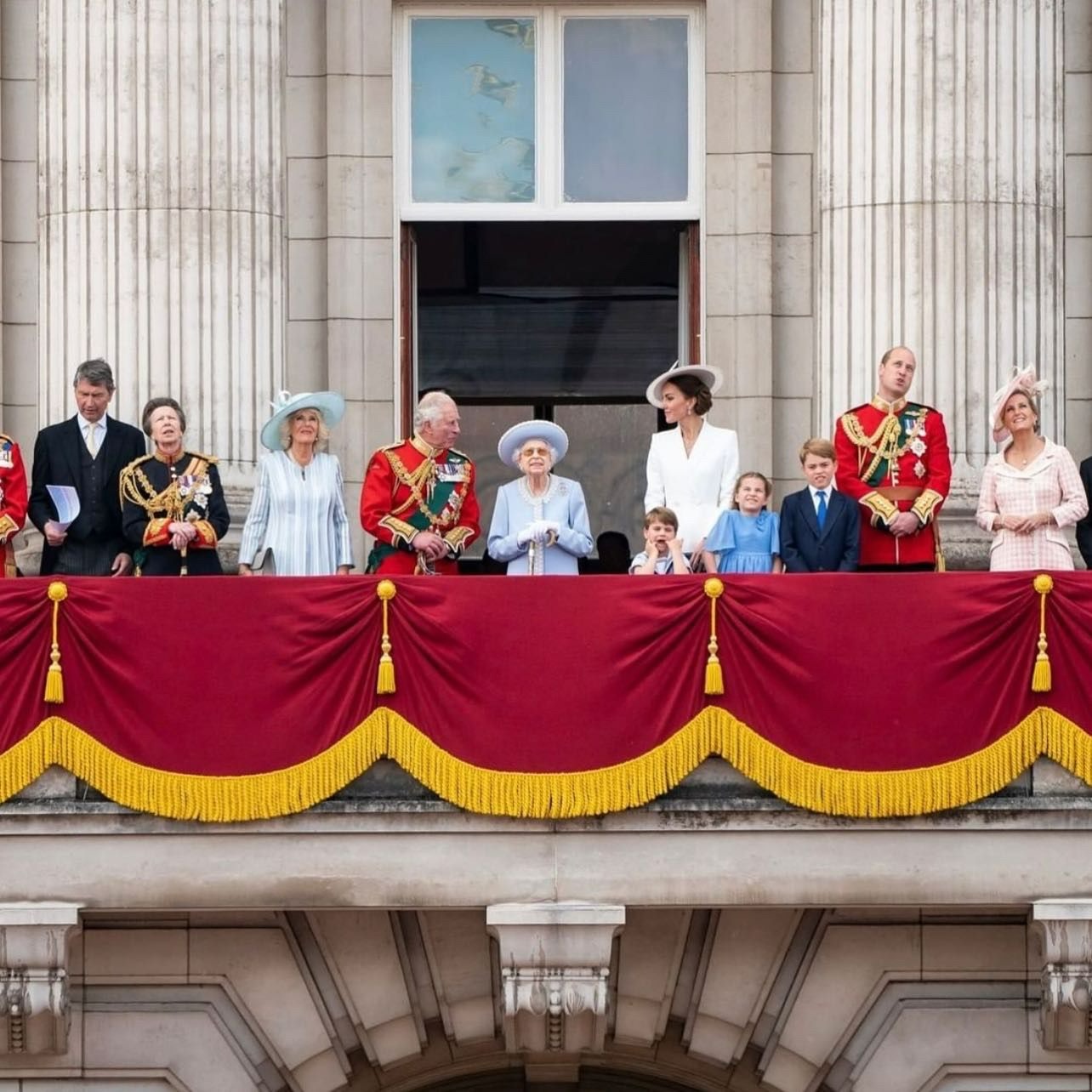 Thursday 2nd June marked 70 years on the throne for Queen Elizabeth. Many members of the royal family joined together to celebrate this incredibly special occasion, along with people from around the world who gathered outside the palace in London or tuned in to watch the live parade on TV.

As the Queen stepped out onto the royal balcony, she was joined by members of the Royal family. Prince Charles and Camilla were standing to her right, with Prince William, Kate and their children, George, Charlotte and Louis, on her left. Beside them, stood many other working family members who play an active role in royal duties across the country and commonwealth. 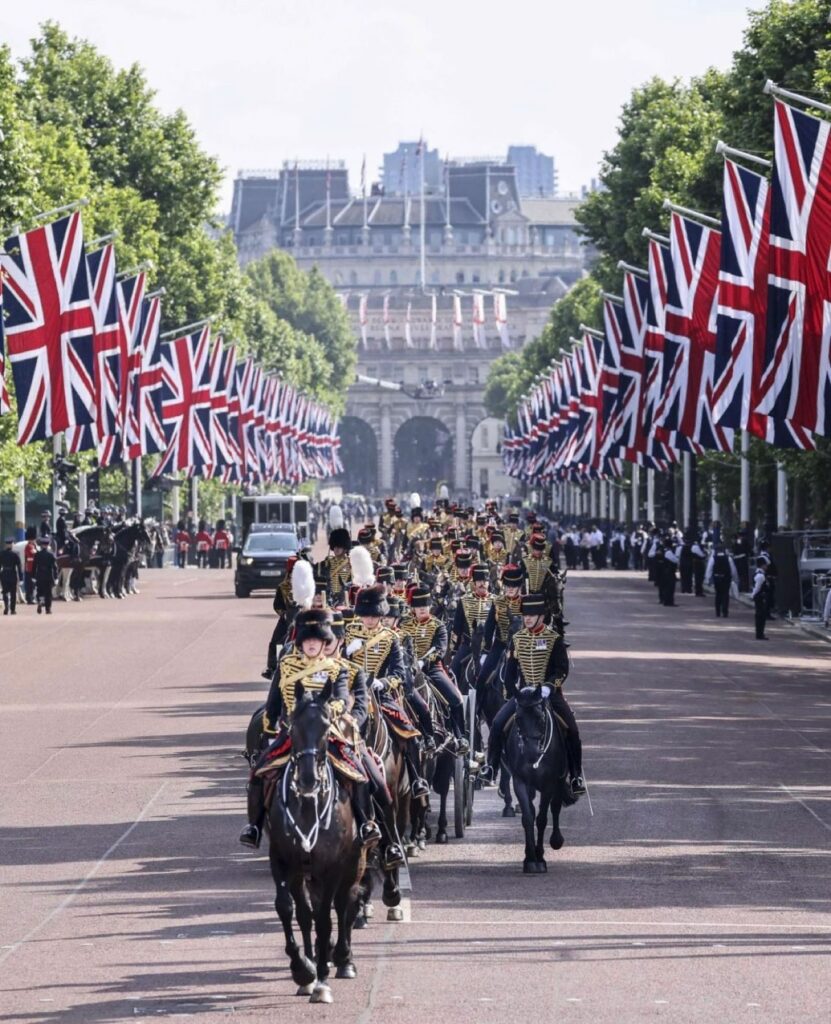 Along with the troops and horses that marched, bagpipes were played, cannons were fired and a 70-plane flypast was flown over the top of Buckingham Palace. Spitfires, helicopters and of course the legendary Red Arrows flew above the royal family and the thousands of people who stood below in the crowds that spanned out across London. It was a real moment for Her Highness, her smile revealed her delight as she enjoyed the celebrations and as the coloured smoke left the sky, she finished with a wave before heading back inside.

The Queen looked spectacular in her lilac ensemble which was, of course, paired with another signature matching hat, decorated with delicate embroidery and beading. She wore white gloves, a classic royal brooch and rows of pearls around her neck. She also held a special walking stick that was gifted to her by the royal army. 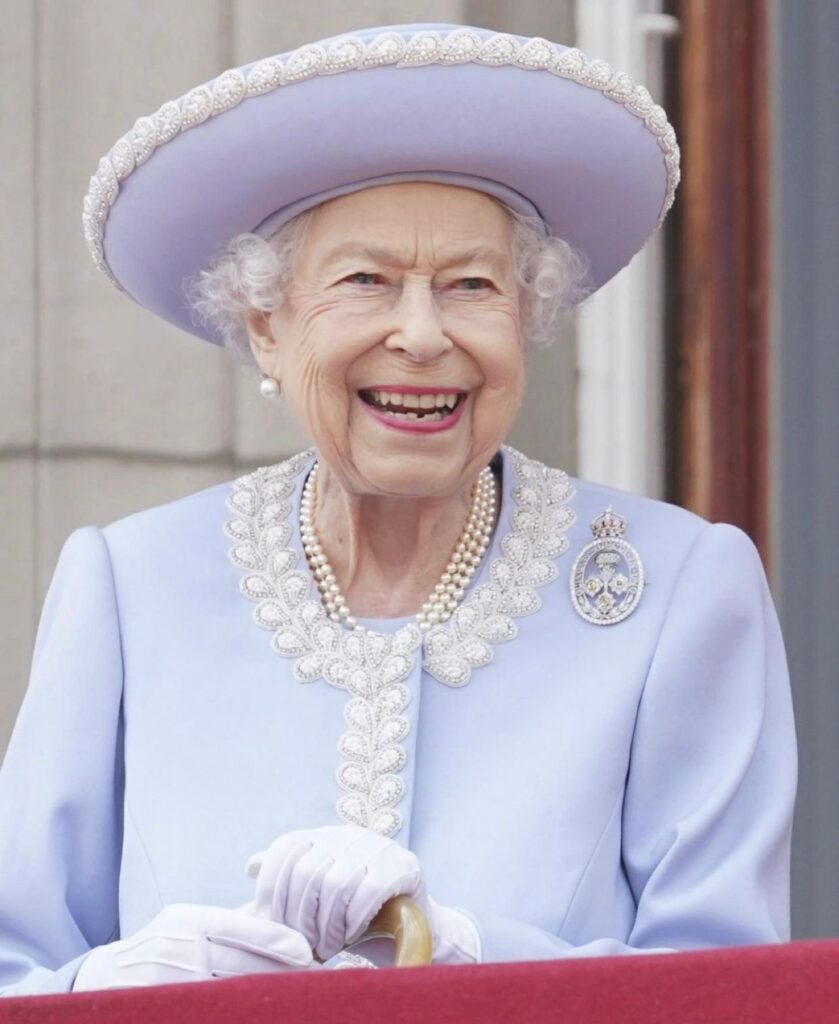 Kate Middleton and Camilla Parker Bowles did not disappoint either. As their husbands Prince Charles and Prince William rode horseback in the processions, the pair sat side-by-side in the horse-drawn carriage, travelling towards Buckingham Palace with the three children and waving to the crowds. Both the pair recycled past outfits, highlighting that even as a royal you can wear an outfit more than once. 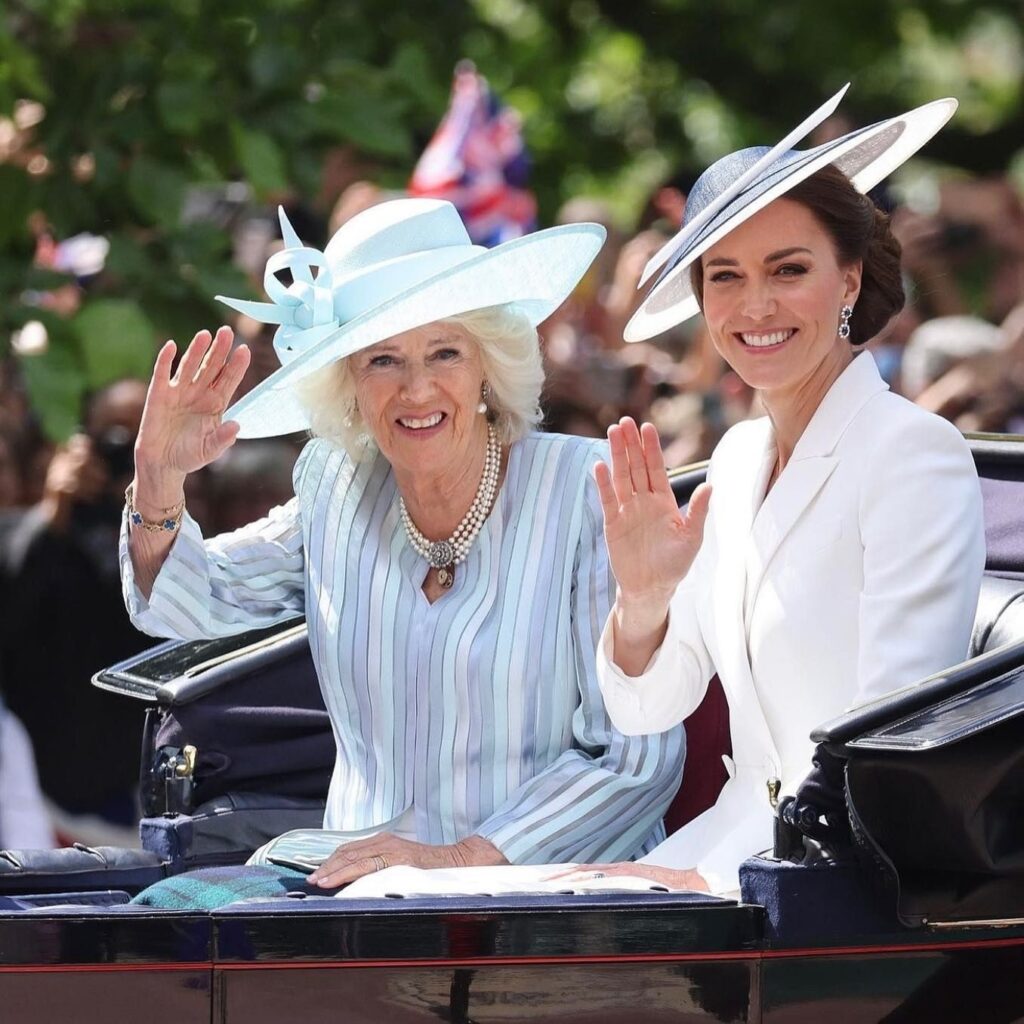 Camilla chose a striped, blue dress by Bruce Oldfield, that she previously wore to attend a racing day at Royal Ascot in 2021, and Kate wore a white Alexander McQueen blazer dress with a Philip Treacy hat, previously sporting this ensemble at the G7 Leaders’ reception in 2021. Kate accessorised her outfit with sapphire and diamond earrings that previously belonged to the late Diana, Princess of Wales. The children were beautifully co-ordinated in blue too, and Prince Louis wore the same mini sailor suit that his father, a young Prince William wore to Trooping the Colours in 1985. 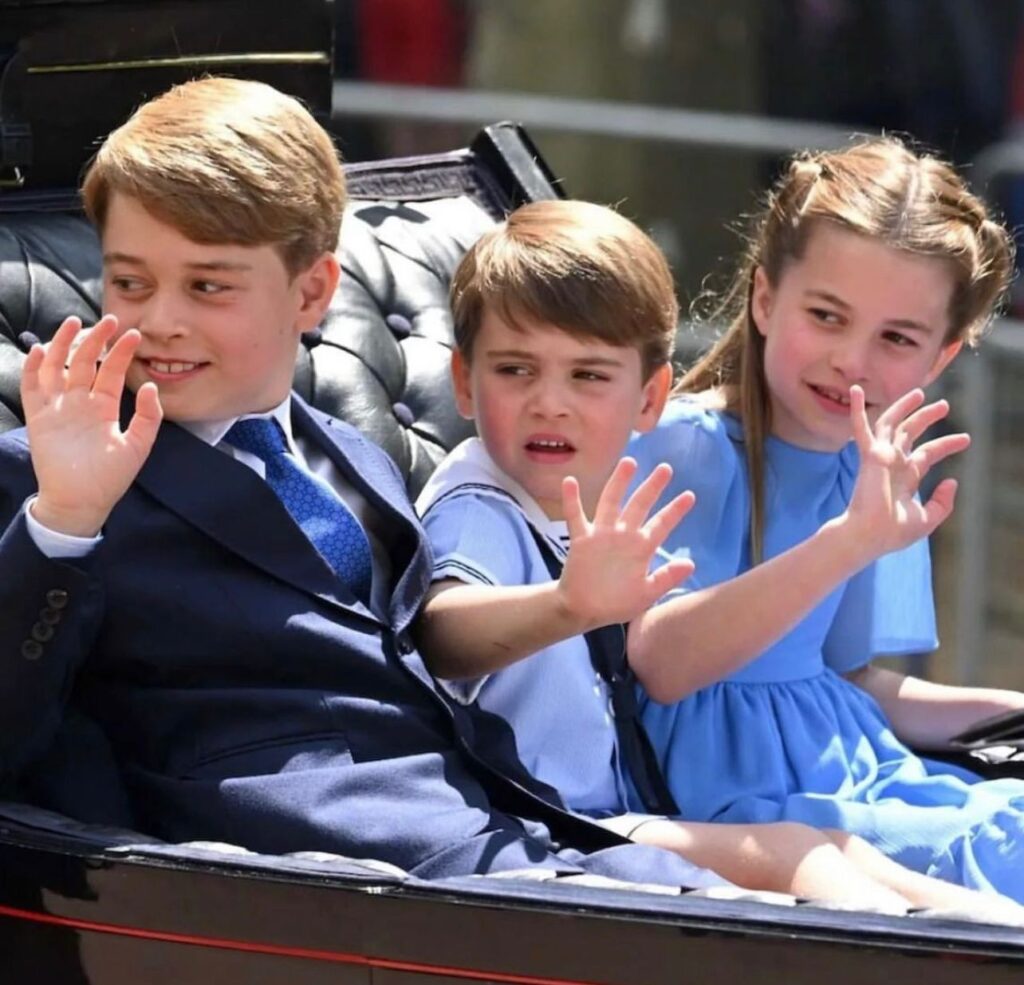 There will be many more events across the long weekend, as the Queen, her family and the public celebrate this very special occasion. On Friday, a service of thanksgiving for the Queen’s reign will be broadcast live from St Paul’s Cathedral, Saturday will see ‘Platinum Party at the Palace’ with performances from Elton John, Alicia Keys, Stefflon Don, Craig David and Andrea Bocelli. Celebrations will finish on Sunday as more than 10 million people across the UK, are expected to join in for the ‘big jubilee lunch’, with many more across the Commonwealth, and even some here in Dubai.