Artist El Seed on Giving Back to the Art Community

French-Tunisian artist eL Seed has made an international name for himself with his unique and distinctive style of artwork that uses Arabic calligraphy to spread messages of peace and unity and tell stories all over the world. 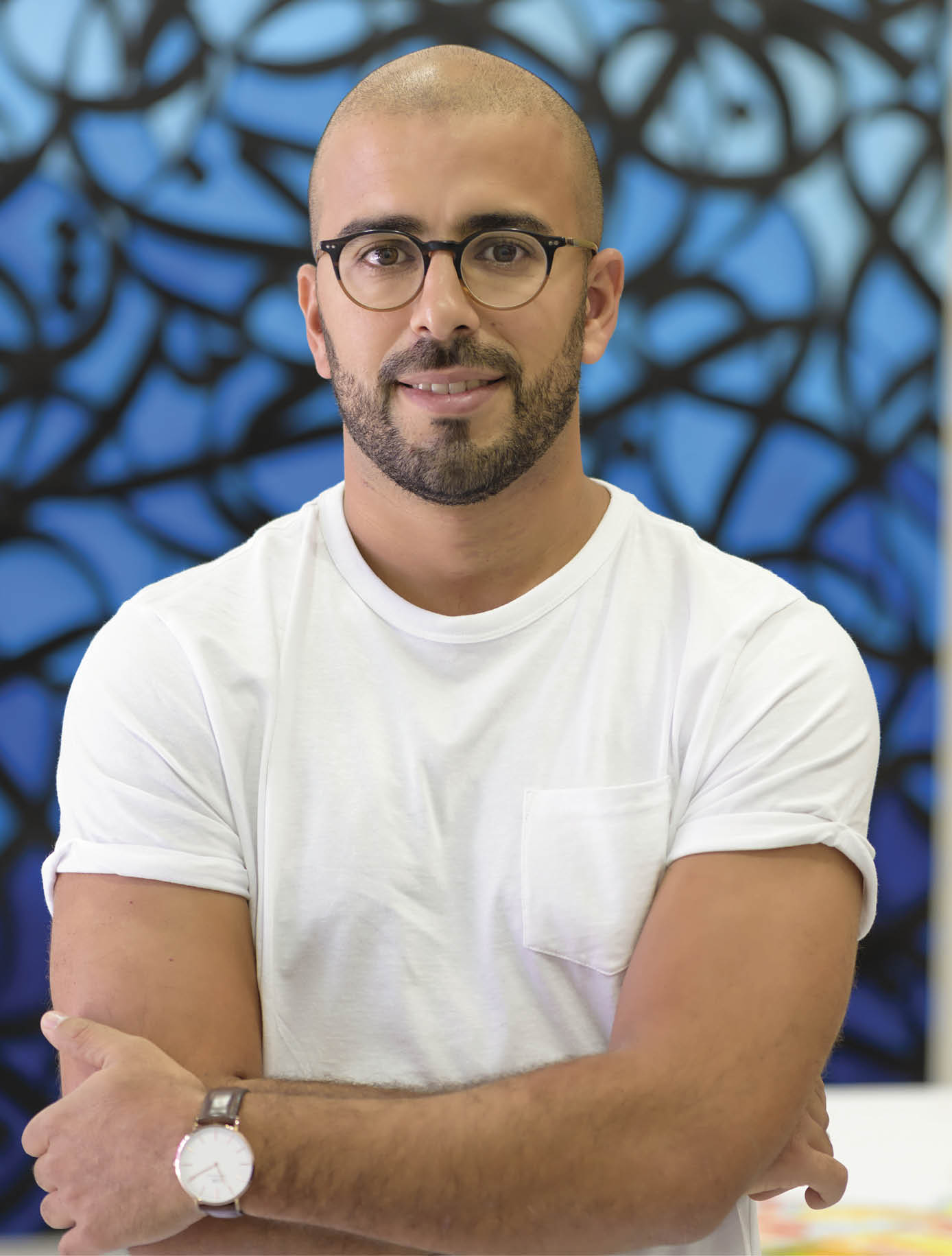 His artwork if often of graffiti style and can be found all over the world, often on murals or outside spaces. Growing up in France, eL Seed had a fascination with Arabic calligraphy thanks to his Tunisian heritage. After learning to read and write in Arabic he combined his love for the language with his love of the art world to create a unique blend of cultures.

Whenever he works within a community, eL Seed takes time to research an appropriate quote to summarise the voice of the community he is working within and to underline his key principals of love, respect and tolerance. His work has been shown in exhibitions and public places all over the world including most notably on the façade of L’Institut du Monde Arabe in Paris, in the favelas of Rio de Janeiro, on the DMZ in between North and South Korea, in the slums of Cape Town and in the heart of Cairo’s garbage collectors neighbourhood. Many of his works can also be seen around Dubai and he has collaborated with many luxury brands including Louis Vuitton and MAC, applying his unique style of art to their collections.

Coming from a small town in France eL Seed could only dream of the global success he has had so far but as it became a reality he became grateful every day. We discover more about his journey to where he is today and his hopes for the future.

How have you been continuing working this year and how has this period affected your creative state of mind?

This year I have realised that time is a luxury and I have tried to use the time I’ve had in the best way possible because in a normal period I am travelling at least every three weeks, so having time off and just being home was a way for me to rethink the way I work and also allow me to focus on the next projects I want to do.

What inspired your fascination with Arabic calligraphy?

I was born and raised in France to Tunisian parents and when I was a teenager I had a kind of identity crisis where I didn’t know if I was French or Tunisian. So I started to learn how to read and write in Arabic and then I discovered Arabic calligraphy. I started doing graffiti in the late nineties, but when I discovered calligraphy I would bring it into my graffiti art and it became something really organic for me. 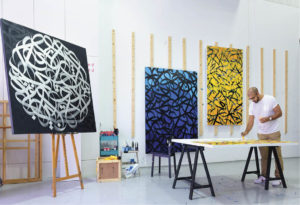 How would you describe your unique style of art?

It’s a mix of calligraphy and graffiti. It’s difficult to define your own art as I wouldn’t want to put myself in a box, but I try to create art that brings people, cultures and generations together.

When are you at your most creative state of mind?

When I feel good in my head I am at my most creative. When my mind is in a good place and nothing is bothering me, that’s when I’m really inspired. 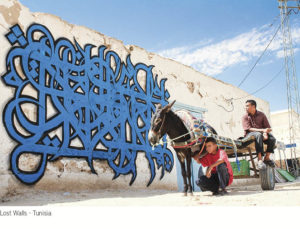 I don’t think inspiration comes from only one thing. It comes from the conversations that I have, books that I read, people that I meet. All of these things lead me to new ideas that can then become an art piece.

What is your favourite medium to work with?

I think painting on a mural in the street is what I love the most because this is what creates and interaction with the community. 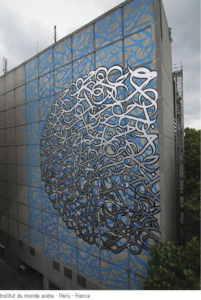 What can you tell us about your upcoming projects for the rest of the year and into 2021?

I’m working on some new projects but unfortunately, with the COVID-19 situation, it is difficult to plan and to know whether something will happen or not. So to be honest, everything is blurry at the moment, but I hope I can start to make things happen soon.

How would you like art in the Middle East to be recognised on an international scale?

I think it’s important to understand and to know that art in the Middle East has been here for centuries, it’s not something new. So I’m always pleased to see when Middle Eastern art is referenced on a global scale. I think there is so much creativity that has been here for years but now with media and social media people think it’s something new, but actually we have always been creative. 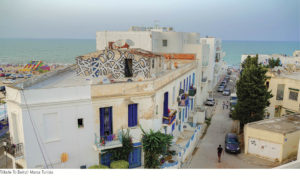 You have seen great success with your artworks – what do you think makes your work stand out?

I’m grateful to know that I have been successful, but I think this is just the beginning. I hope I can have more success to come. I don’t think there is a secret recipe, the way I do it is my own way. I think other people do things in different ways and are just as successful as me, so it is a mix of work, meeting the right people at the right time and destiny.

What is a “pinch me” moment you have had throughout your career?

I think about this concept all the time. This is something that I have every single time I finish a piece of work. I never thought that one day I would be able to do what I’m doing right now, so I’m pinching myself all the time. I’m living my dream.

How do you want people to feel when they see your artworks?

There isn’t one emotion that I want to create as I don’t want to impose anything on people. If people feel any emotion about my artwork I think it’s amazing. When they try to dig deeper to understand the meaning of the work and why I’ve done it, I find that very interesting. I want to invite people to understand what I’m doing and why I’m doing it. 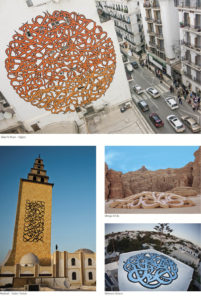 This issue is all about success – how in your own words would you define success?

Being successful is having peace of mind. When you’re at ease and at peace with your self, that’s how I would define success.

If you could tell your younger self something what would it be?

I would tell him to go the same way that I have and not be scared. Don’t follow any trends or crowd and just keep doing what you’re doing. I don’t regret anything but I would tell myself to learn more languages. I wish I could speak ten languages!

What is a period in art history that inspires you the most?

The period of art that inspires me the most is Impressionism. The way the Impressionists came to the art world and shook it up with a new trend that at first, everyone criticised and then with time they started to salute it. I love the fact that they went against every rule and just believed in themselves.

With any success comes setbacks – how do you deal with setbacks and failures?

There are a lot of setbacks and often people don’t see this from the outside, they only see the successes. I think you have to be strong in your head and not be affected by setbacks and it’s something that takes a long time to learn. For me as an artist, this is part of the game. When you fail, you stand up and then you succeed.

What is something you would still like to achieve?

There is so much I would like to achieve. I would love to be more useful to people and to help those within the art community. I would love to open an art foundation, something where I can welcome artists and help them in the same way that people have helped me in the past.

What is the life motto you live by?

My motto in life is “You don’t have twice the chance to give a first impression.” This is the motto I tell my kids every day too. 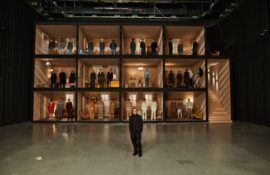