Andrea Zagato talks about cars and his collaboration with Leica 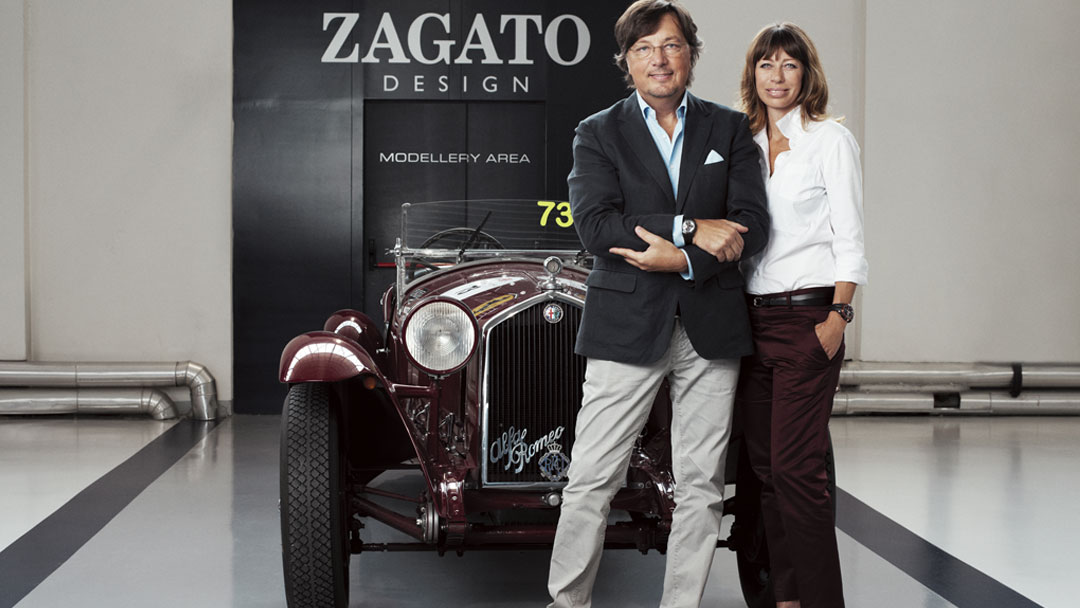 Dr. Andrea Zagato was born in Milan in 1960. He’s the grandson of Ugo Zagato, founder of Zagato, and the third generation of his family to lead the Zagato marque, since its founding in 1919. Zagato is famous for having been the first in the automotive industry to apply aviation’s advanced, lightweight technology to design more aerodynamic car bodies. With these principles, Zagato became an iconic racing champion of the world’s greatest competitions and even today remains a leading international marque for classic, lightweight, aerodynamic, sporting-lifestyle collectible cars.

Andrea graduated from Milan’s Bocconi University with a degree in economics and commerce. He specialised in corporate finance with a thesis on “Design in the production and marketing of automobiles.” His professional career started swiftly with a training period in the family business, focusing on the small-scale serial production of cars as well as design and engineering.

He’s from an independent family-company of Italian coachbuilders that have recently celebrated their 100th birthday.  As a design service centre, it’s specialised in transportation and product design for all those companies working in the Lombardy region and those foreign companies that regard Italy and Milan as a point of reference in the design and styling sector. Its impressive portfolio of internationally renowned projects include Alfa Romeo, Aston Martin, Bentley, Ferrari, Lamborghini, Maserati, Thunder Power and Porsche, to name a few.

It’s been over 25 years since Andrea became CEO. In the early 1990s there was a period of rapid growth for the modern Zagato marque and during this time he had a fundamental encounter with Marella Rivolta, the granddaughter of Renzo Rivolta, founder of ISO Rivolta of Bresso. As fate would have it, Marella became not only his partner in business but in real life too. Now she is the helm of the company, as he puts it. 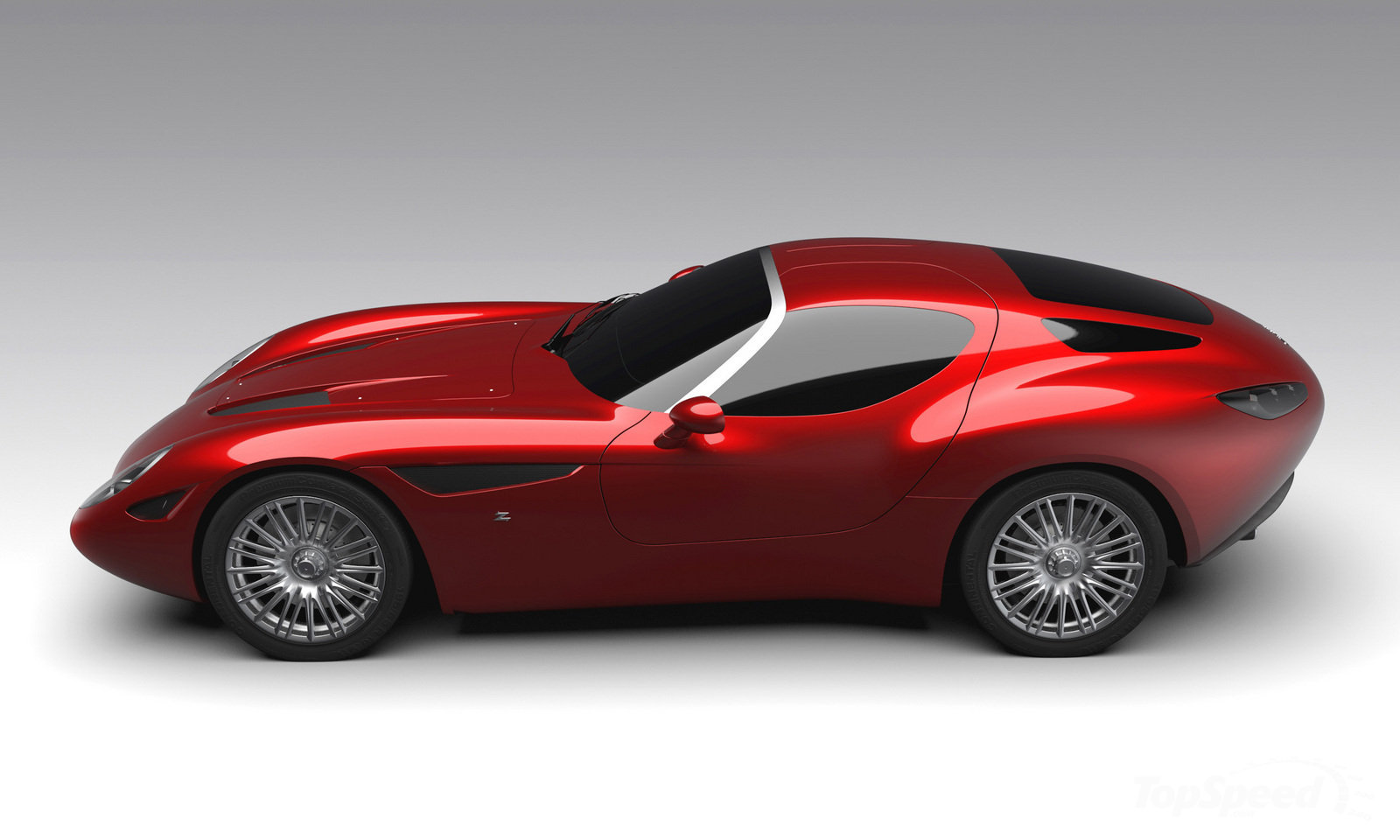 Tell us about your heritage?

Zagato was established in 1919, almost 100 years ago, by my grandfather, as atelier for the manufacturing of the body and skin of cars and airplanes. The purpose was that we built the skin of airplanes and cars. Cars had to be light just like airplanes. The idea of building a light car became a winning idea for racing.

For 20 years Enzo Ferrari was tuning engines for Alfa Romeo, before he started his company in 1947 (when he was 50 years old). He came to Milano and said to us: “I am very good at tuning engines I need someone who builds light body cars so we can build the fastest racing car in the world as Alfa Romero.” And we did just that! He established Scuderia Ferrari and Zagato was the main partner for this. Zagato, Scuderia Ferrari and Alfa Romeo became the myth of the automotive industry.

How was growing up in family business?

I wanted to be a vet. I loved animals. The company needed a successor, somebody who could take care of everything otherwise the company would disappear.  It is common that companies disappear when markets change, and it would have been a pity if ours did after 80, or so, years. I felt I should take care of it so it wouldn’t disappear.

How important is the family aspect for business?

What inspires your designs?

You have two approaches to design: a minimalist approach, which is functional, and the second is a decorative or ornamental approach.

For the minimalist approach, people ask what makes a beautiful car? The answer is, the one that wins the race is the most beautiful. This is also a functional approach. When you design something with purpose and you reach the purpose, that makes it a good design. 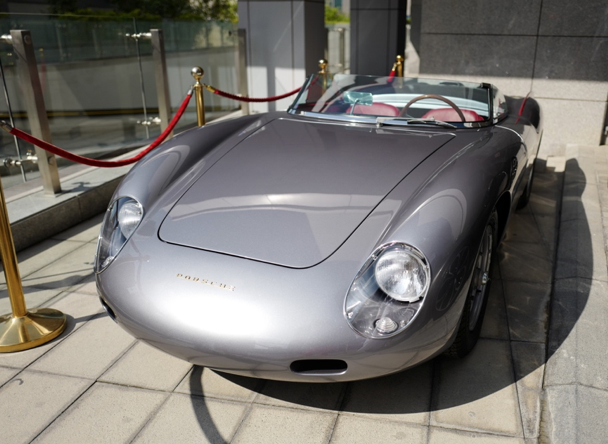 Tell us about your collectible cars.

I approached the company 25 years ago with a different idea. The idea was to continue to ensemble cars but to build collectible ones. It was a completely different approach. Customers would then not buy something that looses value only to have to resale it for half the price after. A collectible car is something you keep but it will increase its value over time, so you get more than what you paid. It is like art. I thought let’s build valuable objects that increase in value. Let’s build collectible cars. This is one reason why we partnered with Leica to make a book. Our first book shows all of our cars that we’ve made that are collectibles in USA.

Zagato collectible cars started in the 1990s. My cars are contemporary collectibles. You can buy a classic collectible car of 50 years old. Some of our cars are valued between US $15 000, 000 – $20,000,000 and they are becoming investment goods. Some we have sold two years ago and now it is already increasing in value. It takes time to reach incredible value but instead of loosing value it starts increasing value in 20 years.

What are the most valuable cars that you have seen increase in value?

Do you have a favourite car?

Yes it is alway the very next one. Our latest one is the based on Maserati Mostro. It’s called the Barchetta open car available in six to eight months.

How did you meet your wife and has your relationship influenced your business?

Marella Rivolta, my wife, came from an automative family too. I was introduced to her by a journalist called Winston Goodfellow. He knew both of us and thought we should meet.

Most automotive companies are male orientated because they have male engineers. Few of these companies have women. To have a woman on the board, as the helm of a company, is a big advantage because 60 per cent of cars are chosen by women, not men. Before, it use to be a man’s decision in terms of choice of mechanics but today the decision to buy a car is led by the aesthetics of a car. Woman become more and more powerful with the choice. Not one of our clients will buy the car without the green light from their wife or fiancée.

To have a woman in the company is becoming more and more important because women’s opinion, regarding aesthetics, are valuable. My wife is also the art director of the company. So every decision connecting aesthetics and art is connected to the value of the product and the car, and these decisions are made by her. There is nothing that comes out of the company that is not controlled by her.

What was the first car you made?

The first project was the Lancia Hyena, a limited-series Zagato. Less than two dozen cars were made. It remains a rare collector car today. Lancia Hyena was made in 1992. It is a 4-wheel drive sports coupé. It’s a collectible and very valuable. I love animals and wanted to be a vet. A hyena has muscles in the front and rear. Hyenas are balanced unlike many other animals. This was inspirational for a car with a 4-wheel drive. It has the same power in the front and the rear, so we designed the car from the shape of the Hyena.

What was the last car you designed?

Our new car reflects the 1957 Maserati 450 S Coupé Zagato “Monster.” Back in 1957, Maserati commissioned Zagato to design coupé bodywork for the 450 S race car with the help of British aerodynamics virtuoso Frank Costin. It was made for race car driver Stirling Moss. He wanted to be faster than Ferrari and Jaguar. So he came to us and we designed the body. The body looked like a Batman car and the car was named Mostro (monster). We built a car that reminds us of Mostro and we called it 2015 Maserati Mostro by Zagato.

Who are your clients?

55 to 60 per cent of our clients are from the US. We have a lot of clients in Japan and Europe. We don’t have clients in China. China is on the learning curb; they are only understanding now what is valuable and what is not. We expect to have clients there in the future once they will be more trained to understand what is valuable and what isn’t. We have a good number of clients in the Middle East too because we started coming here eight years ago and now they understand how to buy cars as an investment that will increase in value. 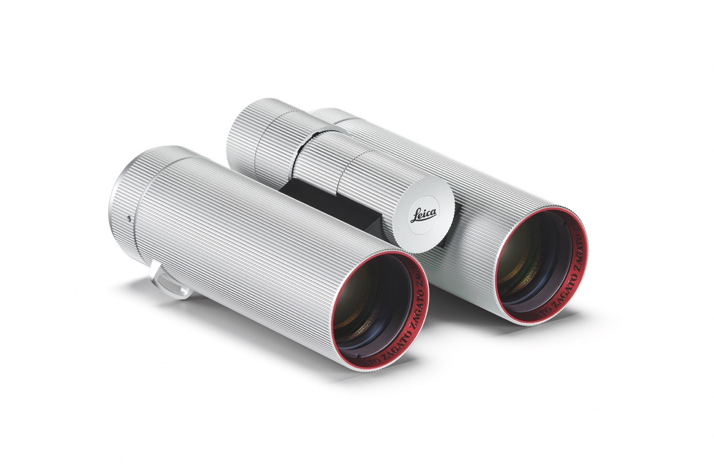 How did the collaboration with Leica form?

It formed because of passion. I met Andreas Kaufmann, the owner of Leica through a common friend who is a journalist. He put us next to each other at a table during an event. We talked about Alfa Romeo and he was dreaming about having one and he appreciated our approach to design being minimalist. Then he thought it would be nice if I designed something for Leica. That was it. We decided over dinner.

Months later he invited me to visit his company, so I went to Germany to see him. Then we started thinking of an idea that involved three different Leica products that went with three different coffee table books. The first Leica product are binoculars. We produced 1000 collectible binoculars. After this there will be a camera and we haven’t decided what the third product will be yet. The binoculars are connected with America and its landscape. This is highlighted in the first book. When you go to America there’s so much space and dimension. There’s enormous landscape and nature. In the first book, each car is only a tenth of the picture. You see more of the space and landscape than the actual car. The subliminal message is, if you want to see this car you will need the Leica binoculars.

The second book will take you on a road trip to Europe. We will have 33 collectible Zagato cars in Europe captured in the book. What makes Europe different to the rest of the world is that there are many old churches and monuments everywhere. The book will emphasise the cars around different churches and ancient monuments. The subliminal message here will be that one must take a photo to capture it in film using the new limited edition Leica cameras.

Finally, the third book will be shot in Asia and the Middle East. It will be connected to the people there. We will link our collectible cars with the people of the region. Therefore the Leica product should be connected to something someone wears everyday but we haven’t decided yet what that will be.

The art director of each book is my wife and we plan to release the second book in two to three years then the third around 2020.

What are the special features for Leica?

The outer shell of the ‘Edition Zagato’ is manufactured from aluminium and its front lense feature two red anodised rings inscribed with ‘Zagato’. In an elaborate process, hundreds of fine grooves have been milled into the surface of the aluminium shell. The Leica Ultravid 8×32 ‘Edition Zagato’ is strictly limited to only 1,000 examples for the entire global market. In addition to the binoculars, the edition also includes a case designed by Zagato and a matching carrying strap and hand strap in genuine Italian leather.

It’s light so it is easy to carry and it should be used if you want to follow an object in movement. Like a race car or a race horse or camel. Aluminium is an evergreen material that doesn’t heat up or becomes cold because of the temperature. If you build an object in plastic it can melt if it’s hot and it’s impossible to touch. Aluminium will never melt. It maintains its temperature. Airplanes are made of aluminium and evergreen doesn’t rust. We’ve tried to create something long-lasting that you can keep for 20 years. 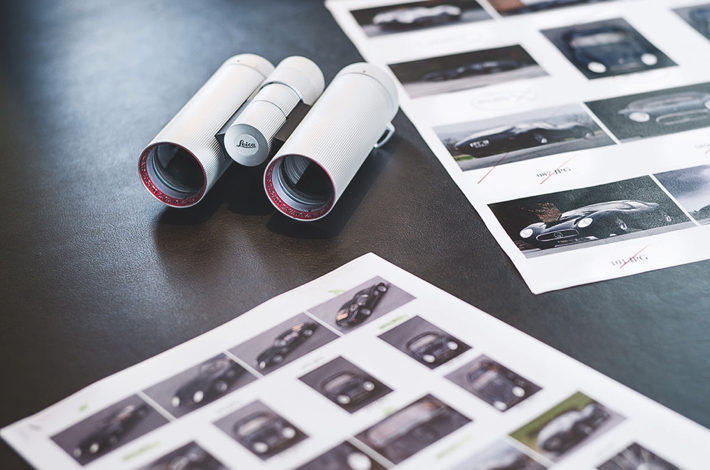