The Italian designer is heading to Japan in May 2019 for both his own fashion show and the Armani/Ginza Tower reopening. 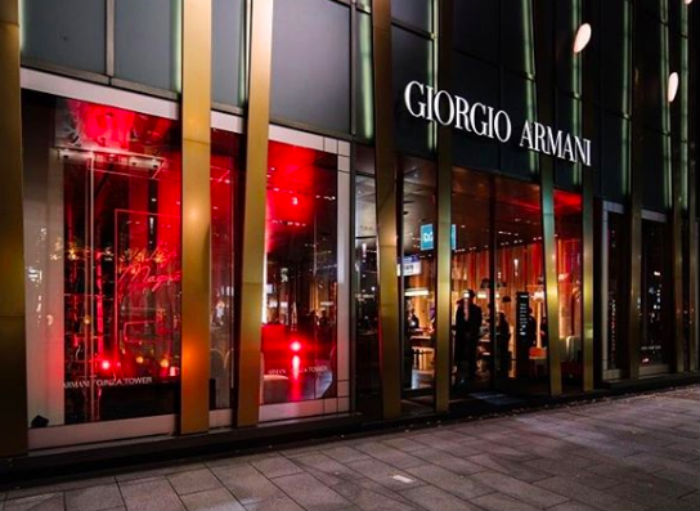 On May 24 2019, Giorgio Armani himself will fly to Japan to host his first runway show for a pre-collection in Tokyo.

The line, which will showcase both men’s and women’s garments, will be the Resort 2020 collection. The exact location of the show is yet to be revealed.

But ensuring it’s a double celebration, Armani will also make the trip coincide with the reopening of the Armani/Ginza Tower,  the celebrations for which will take place on the same night at the city’s tony shopping district. 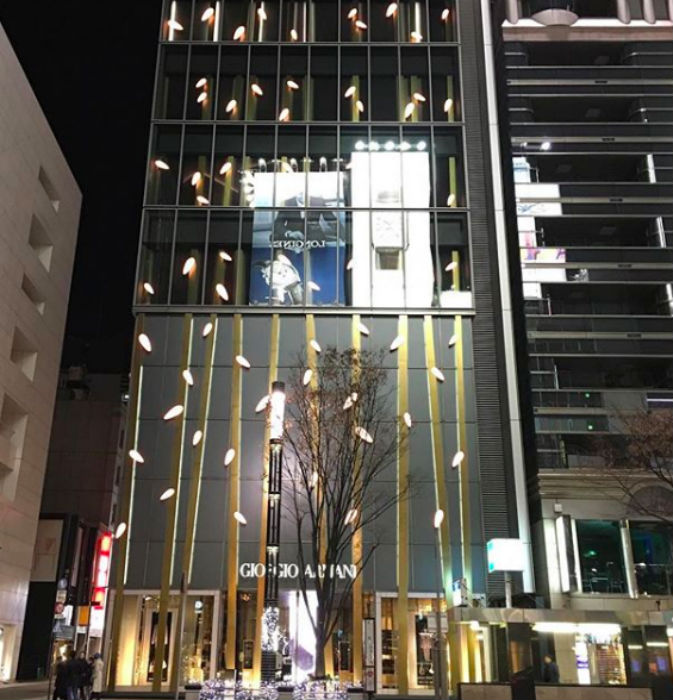 The architectural design was first constructed in 2007, and the concept store features collections from  Giorgio Armani, Emporio Armani and Armani/Casa.

Elsewhere in the venue – which spans over 65,000 square feet and 14 storeys – the brand’s first-ever spa inhabits alongside a signature Privé bar and a luxe Italian eatery.

By day, the tower located on Ginza street is characterised by bamboo motif that is splashed throughout the store (which is said to have been designed by Armani himself) and a black and gold colour scheme to enhance the store’s sense of luxury. 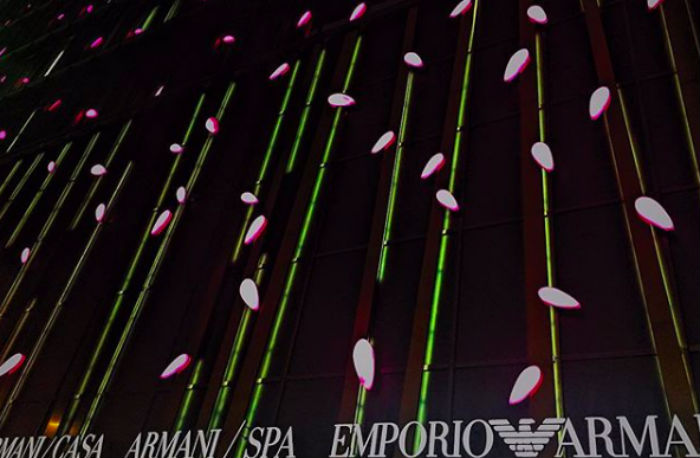 LED lights on the Armani/Ginza Tower in Japan. Credit: Instagram/_rin_

By evening, however, the Armani/Ginza Tower is lit up by LED lights making it both instantly recognisable and a landmark building in the area.

On the upcoming trip, Armani said: “I am glad to be returning to Tokyo for the reopening of Ginza Tower after its refurbishment: a major project that underscores my bond with Japan, a country whose aesthetics and culture I have always admired.” 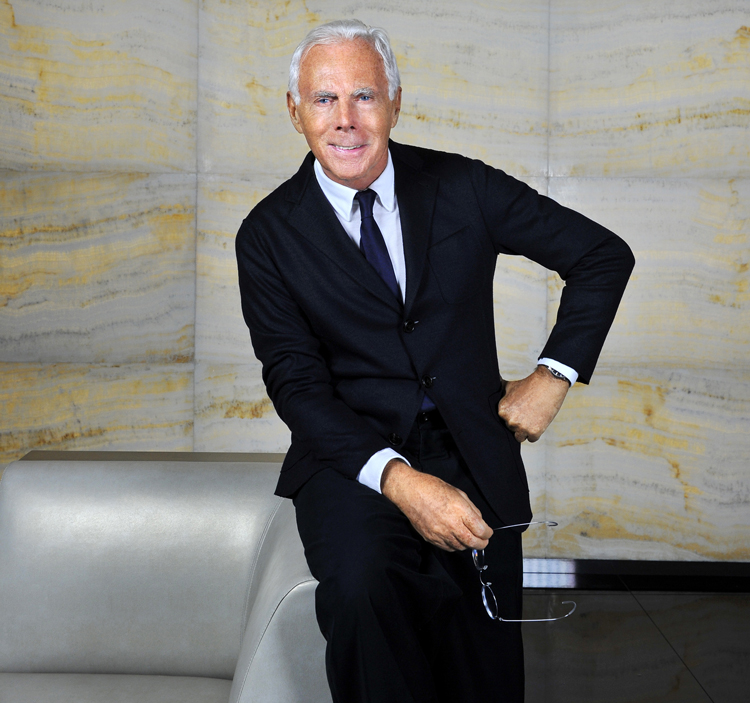 Giorgio Armani to head to Tokyo