The World’s Most Sustainable Cities

We discover the cities around the globe that are building for a better world through sustainability, technological advancements and innovation 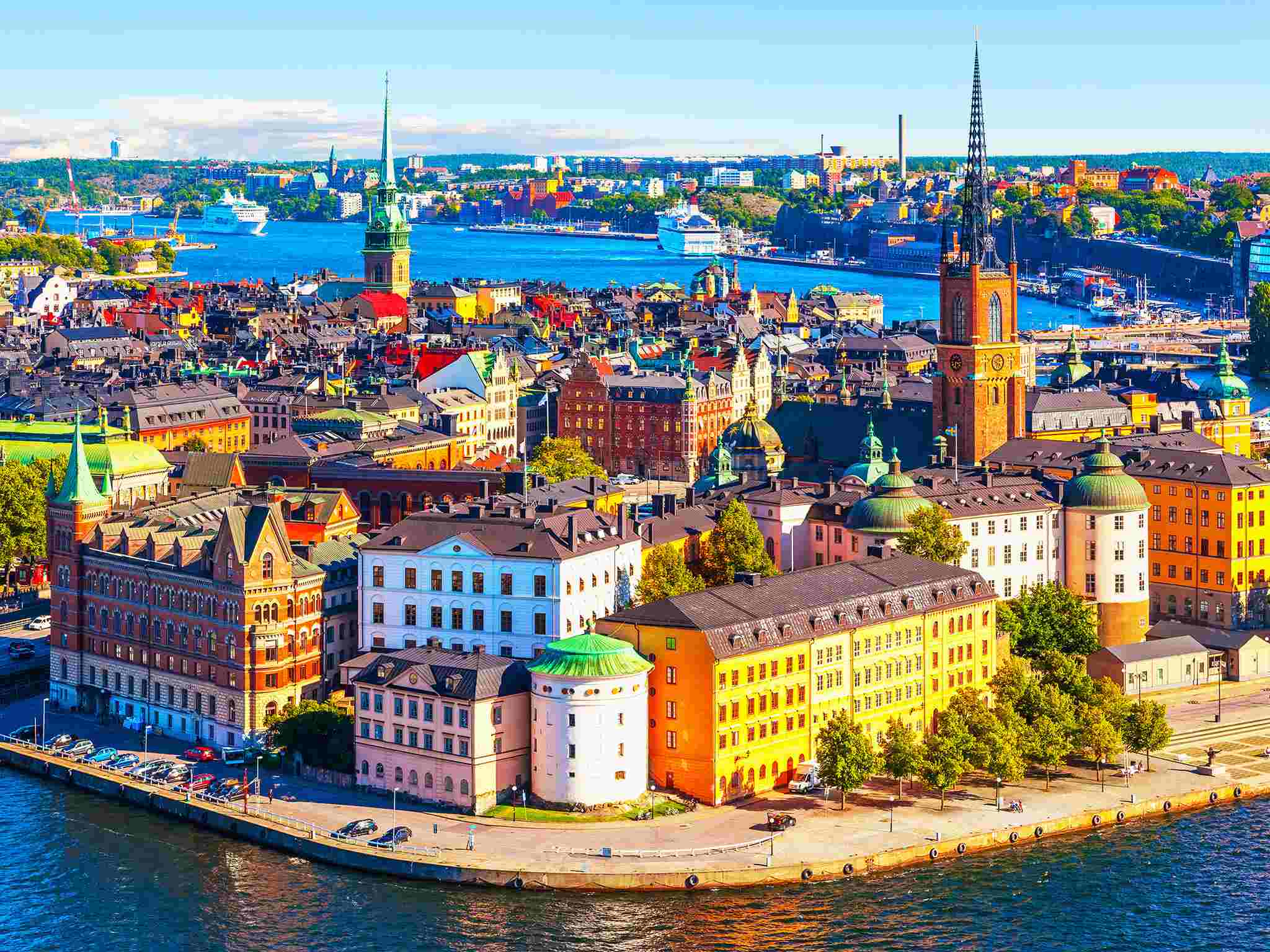 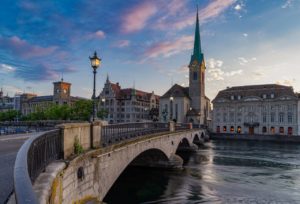 Zurich’s commitment to education and public awareness on matters such as environment and sustainability has allowed the Swiss city to become one of the most sustainable in the world. Its efficient public transport and outdoorsy spirit encourage residents to be more mindful in the way they operate. The local authorities in Zurich also encourage public buildings and homes to comply with strict sustainable building principles. Zurich’s commitment to the environment is highlighted by its investment in renewable energies and its focus on energy efficiency which help to improve its overall footprint. 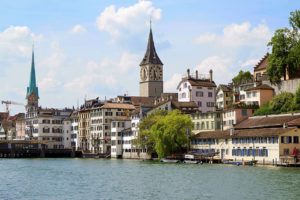 It has also set itself the aim to become a 2000-watt society by 2050, meaning a city using only 2000 watts of energy per capita, the amount globally recognised as a sustainable level of energy use. Its new “Cap-and-Trade” scheme has put a limit on the amount of car parking spaces allowed in the city, thus encouraging residents to walk, cycle or use public transport to get around. The city’s innovative spirit has encouraged new business to open up in Zurich over the last few years. 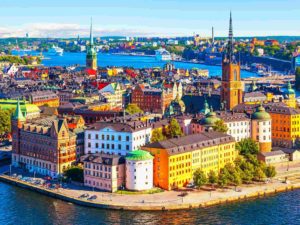 Stockholm’s has huge goals when it comes to sustainability. The city has an innovative take on the way it approaches the topic and its unique practices can be seen as a guideline for other cities around the world. Stockholm plans to be 100 per cent fossil-free by 2050 and already it recycles all household waste and materials. There are plenty of urban green spaces within the city and public transport is even powered by recaptured methane from sewage treatment. Stockholm has the highest number of eco-hotels in the world and its love of second hand and vintage clothing and goods make it easy for residents to live a more mindful lifestyle. 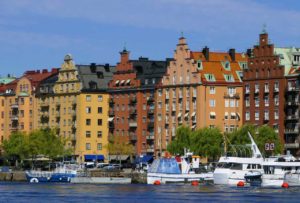 Even the waterfront conference venue is built from recycled materials, and its town planning is carefully considered to ensure that visitors and residents can walk or cycle between most main locations. One thing to look out for is Hammarby Sjostad. This urban project has created eco-friendly living for 25,0000 people by redeveloping a toxic industrial site. 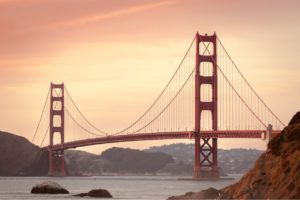 This picture-perfect city has been concerned with sustainability long before other cities had even started to use the term. Banning plastic bags in 2007 and making recycling a legal requirement has allowed the city to become one of the most eco-friendly in the world. The city has long planned to be waste-free by the end of 2020, carbon-free by 2030 and there are large-scale commitments to solar energy. The city if also promoting smart commuting in a bid to reduce carbon emissions (of which around 40 per cent currently comes from cars and lorries). 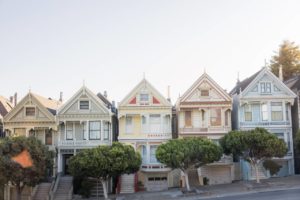 They are promoting smart commuting, electric transportation, and biofuels to help them meet our greenhouse gas reduction goals. There is a huge organic market scene in the city, with many restaurants sourcing their ingredients locally and using only organic produce. San Francisco still has many goals to achieve but its innovative spirit and embracing of new technology allows this city to be a leader of change. 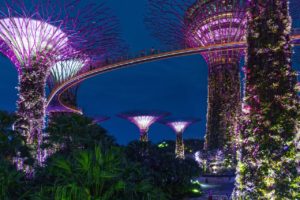 Over in Asia, Singapore is setting a new level for sustainability with its ambitious 2030 Agenda for Sustainable Development eco-building programme, which outlines goals for the future. One of Singapore laws states that any greenery loss on the ground has to be replaced with greenery in the sky. This essentially means that any new buildings in the city that require greenery to be removed, must find ways to create sky gardens and elevated parks so as not to reduce the nature within this developing city. As a result, Singapore has lush parks overlooking the city, particularly in the Marina Bay area. 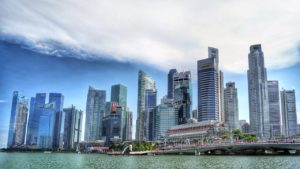 Singapore generates 95 per cent of its electricity from natural gas and pays close attention to climate change. The Asian city is committed to its 2030 Agenda for Sustainable Development which will see several goals including ending all poverty and hunger, promoting wellbeing for all ages, ensuring sustainable management of water and sanitation for all, offering access to affordable, reliable, sustainable and modern energy, promoting inclusive and sustainable economic growth and more. This 17-point plan will see further sustainable development of the city in all sectors over the next ten years. 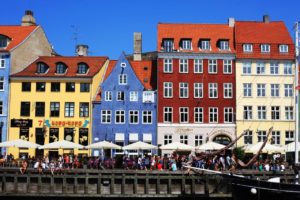 Eight years ago Copenhagen launched a plan to become the world’s first carbon-neutral capital city by 2025. Its dramatic reduction of traffic in the city, increase use of public transport and “greener” methods of transportation means the Scandinavian city is well on its way to achieving this goal. Cycling is the transport of choice for many citizens with many roads being converted to cycle paths only, and you’ll also find hydrogen-powered taxis, solar-powered boats, natural urban swimming baths and saunas made from local wood. 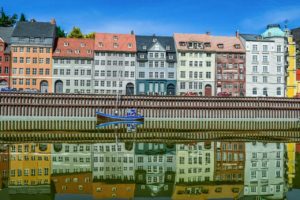 Food is often grown organically and sourced locally and the city’s waste-to-energy plant (known as Copenhill) recycles much of the city’s waste. The city has vast amounts of green space with a new nature reserve in the works in the industrial North Harbour area. Much of this district has already been generated with sustainable designs including glass roofs that filter rainwater and insulate the buildings. More than two-thirds of the city’s hotels hold an eco-certificate and recycling is taken very seriously both for individuals and organisations. 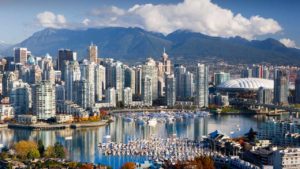 It’s no surprise that this outdoorsy city with its incredible surrounding landscapes is one of the most sustainable in the world. Vancouver has the lowest per-head greenhouse-gas emissions of any city in North America thanks to its carbon tax on heading bill and petrol, that was introduced in 2008. Today the city runs on 90 per cent renewable energy thanks to the city’s large supply of hydroelectricity. Vancouver’s green areas are constantly being increased with over 125,000 trees planted since 2010. Most of the city is accessible by foot on bicycle and residents are encouraged to use public transport over their own cars. In 2019, the city voted to ban single-use plastic. If you’re lucky enough to stay in one of the city’s five-star hotels, you’ll more than likely find vegetables growing on the roof or bees producing honey on-site. 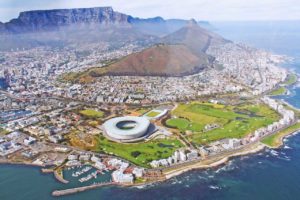 Cape Town is the greenest city in Africa thanks to its Carbon Disclosure Project implemented in 2004, that has put into place effective waste management strategies to minimise the amount of carbon produced and to dispose of waste more sustainably. The city created the first wind farm in Africa which over 20 years will produce a large amount of the city’s energy. Currently around 10 per cent of the city’s energy derives from renewable sources and the government has also set a goal for 10% of all households to use solar energy, which is significant as it is one of the cities most affected by blackouts. Cape Town is constantly developing its technology and looking at innovative ways to create a more sustainable location and this is likely to continue into the future as it develops its plans. The city is also encouraging a more outdoorsy lifestyle for its citizens. Safe-cycle routes have been introduced as well as better access to public transport in a bid to reduce the number of cars on the roads. There is still work to be done in the African city but it is leading the way in the continent for a better, healthier lifestyle. 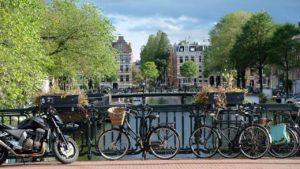 Amsterdam attracts many tourists for its slow pace of life, beautiful waterways, and cycling paths. This city by definition is sustainable thanks to large amounts of nature and the limitations on transport. But the authorities in Amsterdam are working to ensure the city is even kinder to the environment in the coming years. Authorities are trying to reduce the number of emissions being emitted by introducing electric vehicles around the city, which has been accompanied with around 300 charging points. Homes are also looking to become more eco-friendly. 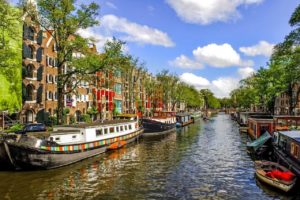 More homeowners are beginning to install solar panels on roofs and grow their own foods, or alternatively, purchase from local farmers’ markets, which in turn, puts money back into the local economy. This approach combining innovation and tradition helps to make Amsterdam one of the cities of the future and we are sure many more will follow in its footsteps. 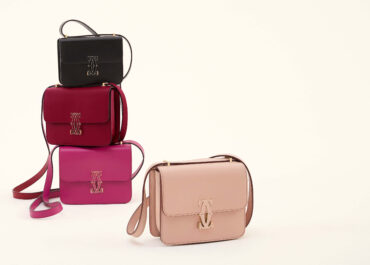 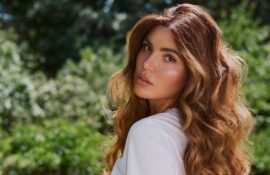