In February 2019, Celine launched a new architectural design concept for its boutiques with The Celine Art Project. This saw site-specific artworks featuring contemporary upcoming or established artists chosen by creative director Hedi Slimane placed throughout the stores. The initial collection encompassed around 42 art pieces by 33 different artists. Now for 2020, the Parisian brand turns to the art world again with The Portrait of a Performer/Of An Artist which includes both images and videos allowing viewers to engage, during this time of lockdown This project, curated by Celine Creative Director Hedi Slimane.

The Portrait of a Performer/Of An Artist project recently debuted with a selection of visual and audio presentations curated by Hedi Slimane to offer thought-provoking entertainment to those that are at home during this time of confinement as well as bringing together the Celine community.

The project is closely linked to the Celine Art Project which showcases the work of upcoming free-spirited artists, some of which have already been featured throughout the House’s stores.

A number of videos have been launched on Celine’s Instagram account showcasing aspects of the project and allowing the audience to immerse themselves into the world of art through Hedi Slimane’s eyes.

One artist chosen for this project includes Shawn Kuruneru who’s series of paintings can be found at Celine’s Paris stores. 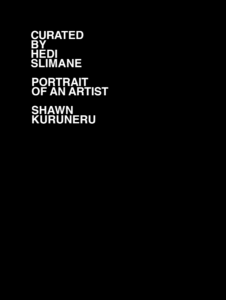 His works are inspired by traditional Chinese landscape artists who valued spontaneity in their approach to painting. The ink paintings presented at Celine bring together modernist geometric abstraction and Chinese calligraphy. 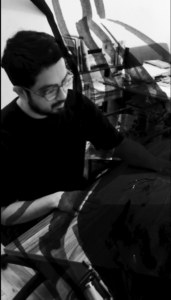 As part of the Portrait of a Performer series, Slimane teamed up with Christopher Willat from Oracle sisters, a band formed by longtime friends. 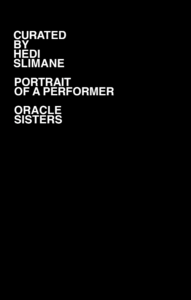 The band has been part of Celine’s portrait of a performer series since the beginning of 2019. Their latest release “Most of All” is a blend of Astro pop, country music and lilting melodies. their debut ep “Paris I” is due for release in June 2020. 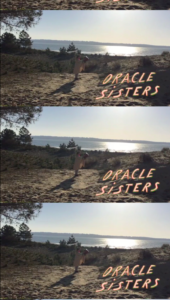 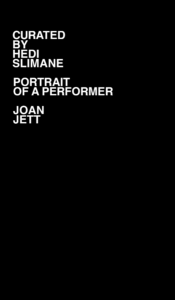 Joan Jett is an originator, an innovator and a visionary. She is the leader of the band and founder of one of the longest-running indie record labels, blackheart records. Jett has also acted in movies, television and musicals and has produced albums for a variety of influential bands.
her music has become a permanent force in mainstream culture. Hedi Slimane designed the stagewear for Joan Jett & The Blackheart’s most recent tour. 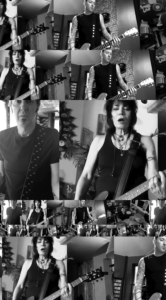 These and many more of the artists can be discovered on Celine’s Instagram page.

Alongside the artworks and performance pieces is a Spotify playlist has was created by Hedi Slimane when part one of the Portrait of a Performer project debuted last year. This selection of music allows listeners to immerse themselves in the world of art as well as providing an enjoyable pasttime during this lockdown period.

Curated by Hedi Slimane, Artists featured in the playlist include:

Tod’s Presents a Curated Edit of Accessories For Eid