Does This Award Prove That Kim Jones Is The Future Of Men’s Fashion?

Since Kim Jones took up the reigns at Dior Men, he brought back the couture sensibility and added softness to the brand that immediately resonated with the customers around the world.

Following the success of his first pre-fall show in Tokyo, the designer has now received the Trailblazer Award at the British Fashion Awards, an accolade that acknowledges a brand or an individual who is shaping the fashion scene. Jones said in a statement:

“I am very happy to receive this award from the British Fashion Council. This recognition for my work means a lot to me.”

During the show in Japan, he combined the houses historic codes with futuristic landscape of Japan, taking the brand into the twenty-first century – including collaboration with Japanese contemporary artist Hajime Sorayama on the statue in the center if the set. Caroline Rush, British Fashion Council chief executive, said in a statement:

“If the always on tap to culture zeitgeist is Kim’s industry reputation, his love for travel, international cultures and understanding of consumers further enhance his creative and commercial standing. Kim’s role as trailblazer in this industry continues to grow and we are very proud he is British born, educated and a great global ambassador for our industry.” 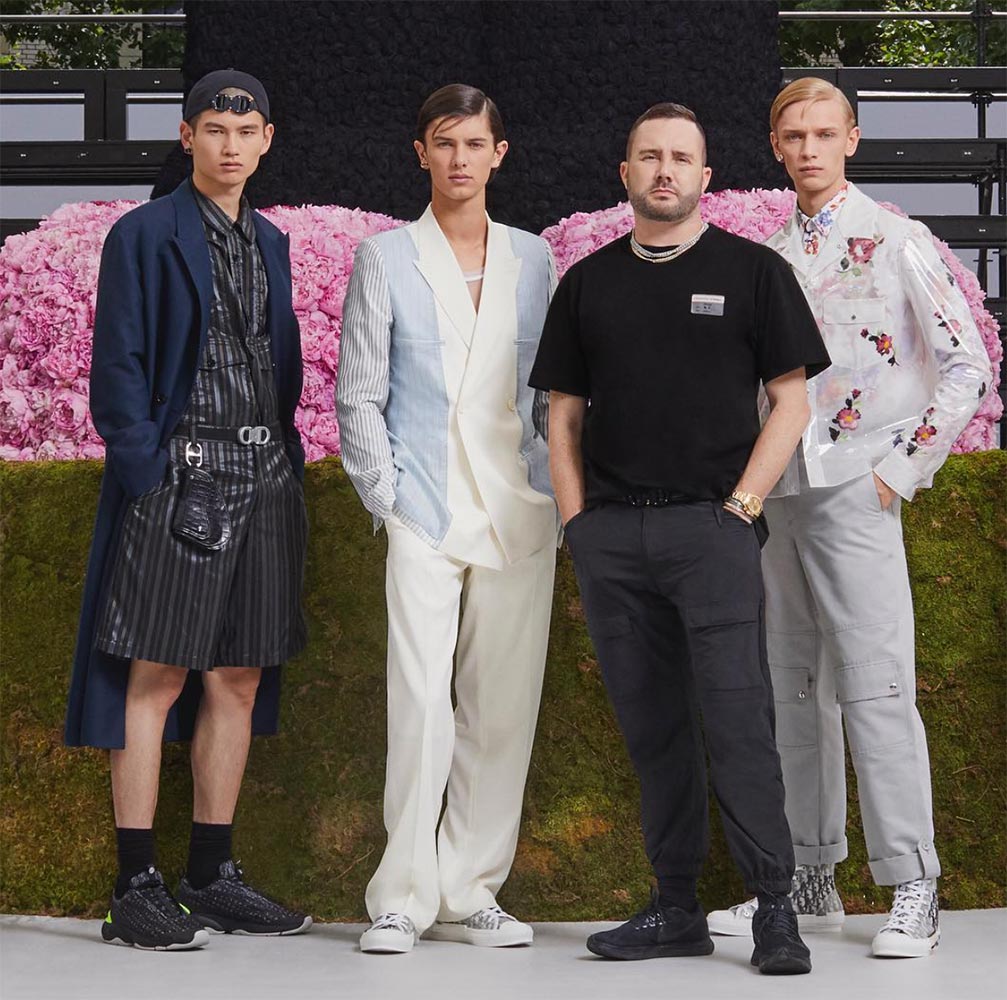 Jones is part of the revolution in menswear with more brands dedicating their energies to reach the male customer in a relevant and creative ways. Looks like Jones is in a league of his own.